Apartment sizes ranged from studios to five bedrooms, allowing for a mix of residences and occupant groups, building on the UDC’s desire to create neighborhoods consisting of both families and individuals. The octagonal layout centralized the building services, maximizing light to the units and minimizing internal circulation. 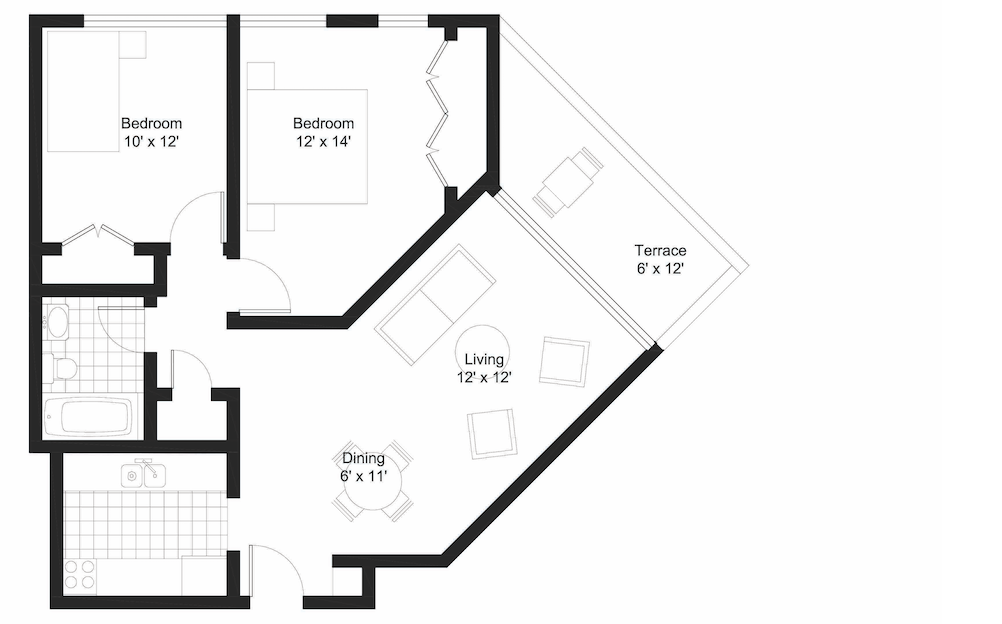 Taft Houses Type A Building consists of full floors of two-bedroom units. These generously scaled apartments are similar to Chelsea’s Penn South development, with half the unit is devoted to private areas (bedrooms, bathrooms, and storage) and half to a spacious living room and a pass-through kitchen connected to a dining alcove. NYCHA administrators limited apartments to a nuclear family and banned boarders. 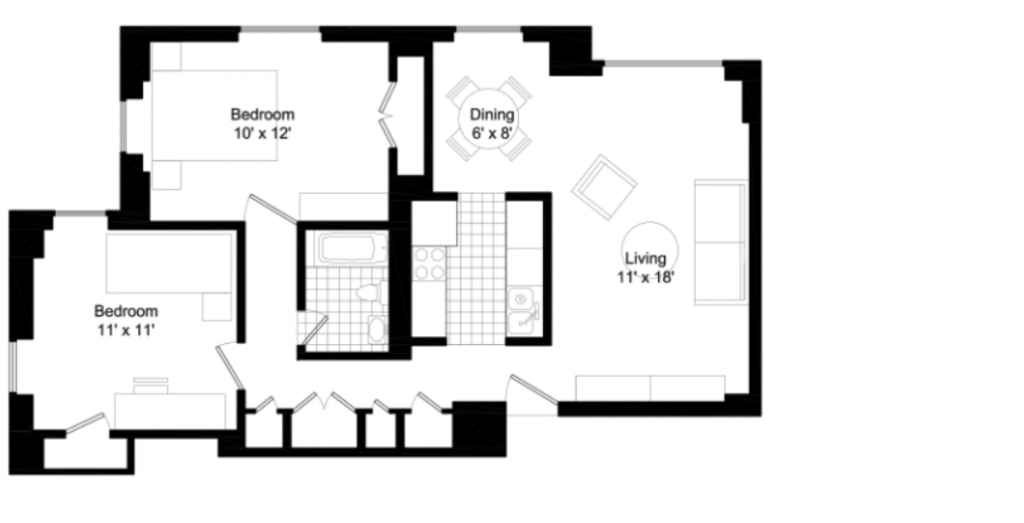 While Harlem had many tenement blocks, this section depicts a unit at 97 Orchard Street, on Lower East Side, a typical tenement erected in the 1860s that today houses the Tenement Museum. This is a “modified” tenement typical of those predating the 1901 housing reforms that required an airshaft (3×3 feet), shared water closets in the stairwells, and “tuberculosis windows” that allowed light and air to penetrate from the street facade to interior rooms.

Landlords frequently rented these small apartments by the room and let tenants sublet to boarders. The overcrowding of these apartments, combined with extremely high lot coverage, generated the extreme population density of the Lower East Side.

Skip back to main navigation