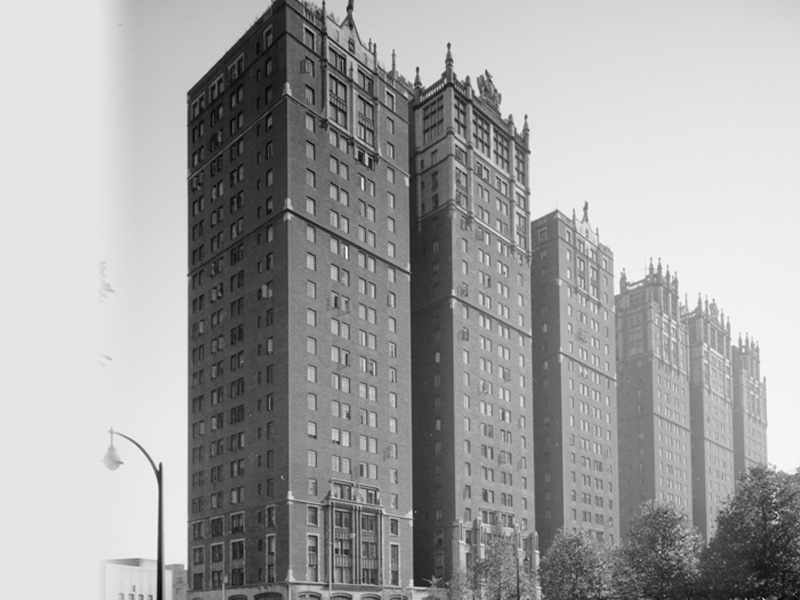 This discussion among architects and urban historians Richard Plunz, James Sanders, and Carol Willis will consider the early 20th-century alternative models of decentralizing the dense tenement districts of the Lower East Side through the construction of garden apartments in the boroughs or by the short-lived trend in the late 1920s to erect skyscraper complexes such as Tudor City and London Terrace in Manhattan. We posit: Could housing reformers and private development have replaced crowded tenement districts with high-density, high-rise housing communities?

Richard Plunz is Professor of Architecture at Columbia GSAPP, where he has served as Chair of the Division of Architecture, Director of the Urban Design Program, and currently, as Director of the Urban Design Lab, a research unit of Columbia University’s Earth Institute. His classic volume A History of Housing in New York City (Columbia 1992) was published in a revised edition in 2016.

James Sanders is an architect, filmmaker, and author of numerous books, including Celluloid Skyline: New York and the Movies. With Ric Burns, he co-wrote the eight-part Emmy Award-winning PBS series “New York: A Documentary Film” and its companion volume, New York: An Illustrated History. He has been awarded a Guggenheim Fellowship for his research on the experience of cities, and serves on a consulting basis as Global Design Council Chairman of the architecture firm Woods Bagot.

Carol Willis is an architectural historian. She is the founder, director, and curator of The Skyscraper Museum.

Skip back to main navigation